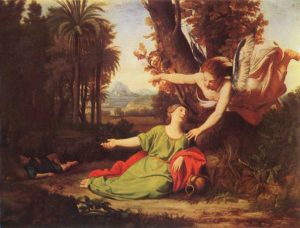 Ishmael’s birth to Hagar caused strife between her and Sarah, who was still barren. Abraham brought Hagar and their son to a land called Paran or (Faran in Arabic) which is the land surrounding Mecca, where the angel Gabriel showed him the Ka’aba. The objective of this journey was to “resettle” rather than “expel” Hagar. 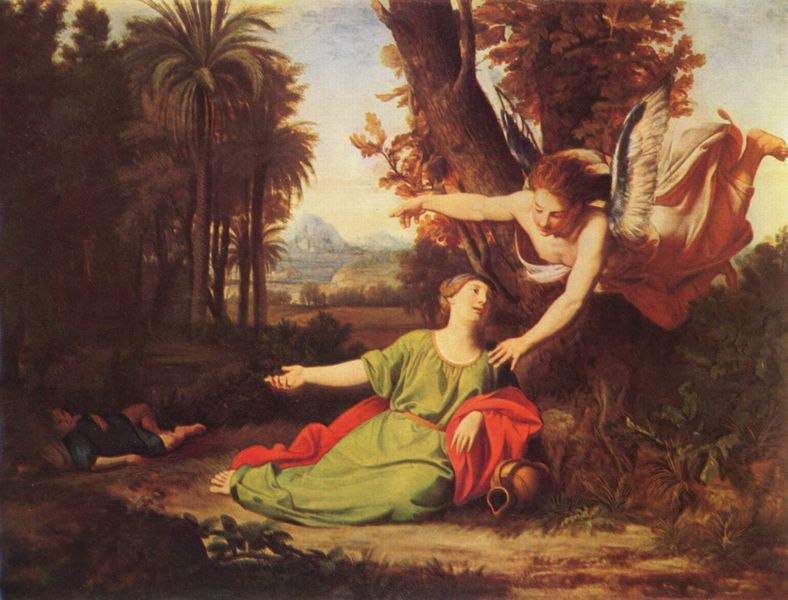 Hagar, Ishmael, and Gabriel in the Wilderness of Mecca. Nicolas Colombel (1682).

By referencing the above tradition (see Part 6), my intention is to demonstrate God’s plan to settle Ishmael’s descendants somewhere but not in Canaan. This tradition further states:

Abraham brought Hagar and Ishmael in Mecca, made them sit over there and set out homeward. Abraham leaves baby Ishmael and his Mother in the desert.

Ishmael’s mother followed him saying, “O Abraham, Where are you going, leaving us in this valley where there is no person whose company we may enjoy, nor is there anything (to enjoy)?”

She repeated that to him many times, but he did not look back at her.

Then she asked him, “Has God ordered you to do so?”

She said, “Then He will not neglect us,” and returned. 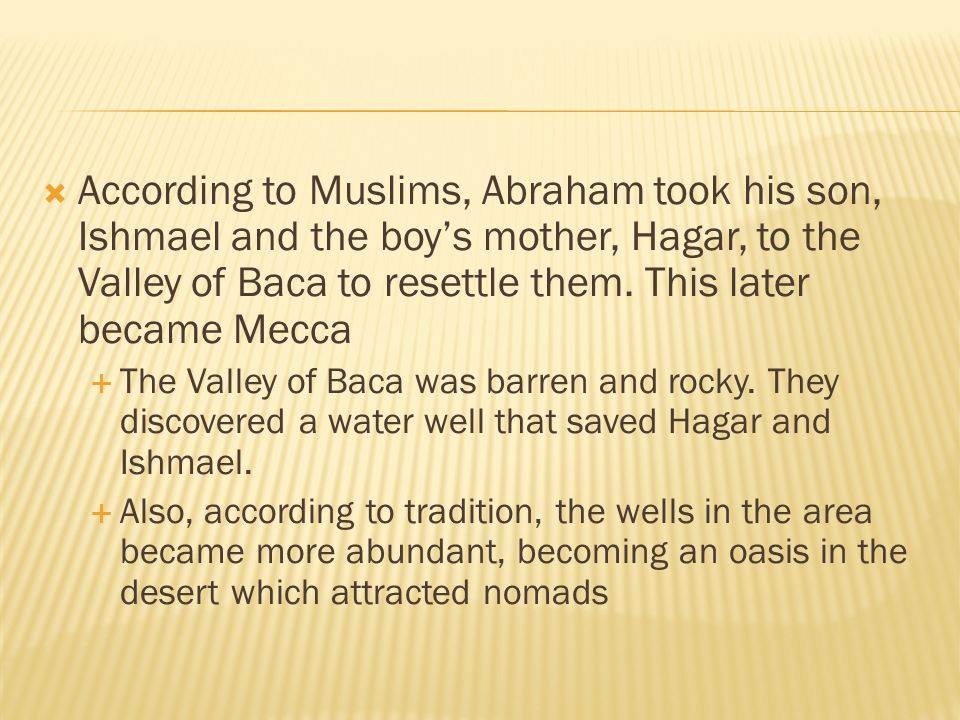 I will provide more traditions and Quranic verses in the following episodes.