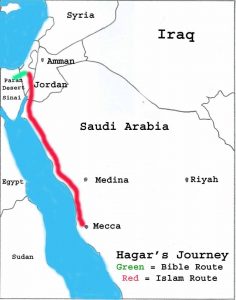 Israel — A Jewish Heritage, cont’dIt was in Canaan that Abraham fathered his two sons, Ishmael with Hagar and Isaac with Sarah. Islamic traditions confirm that Abraham left Isaac and Sarah in Canaan, but he left Ishmael and Hagar in Makkah. Here is where the Biblical accounts differ. They state that Abraham left Ishmael and Hagar in Paran. Since Muslims discount the Biblical account, we will refer to the Islamic traditions. 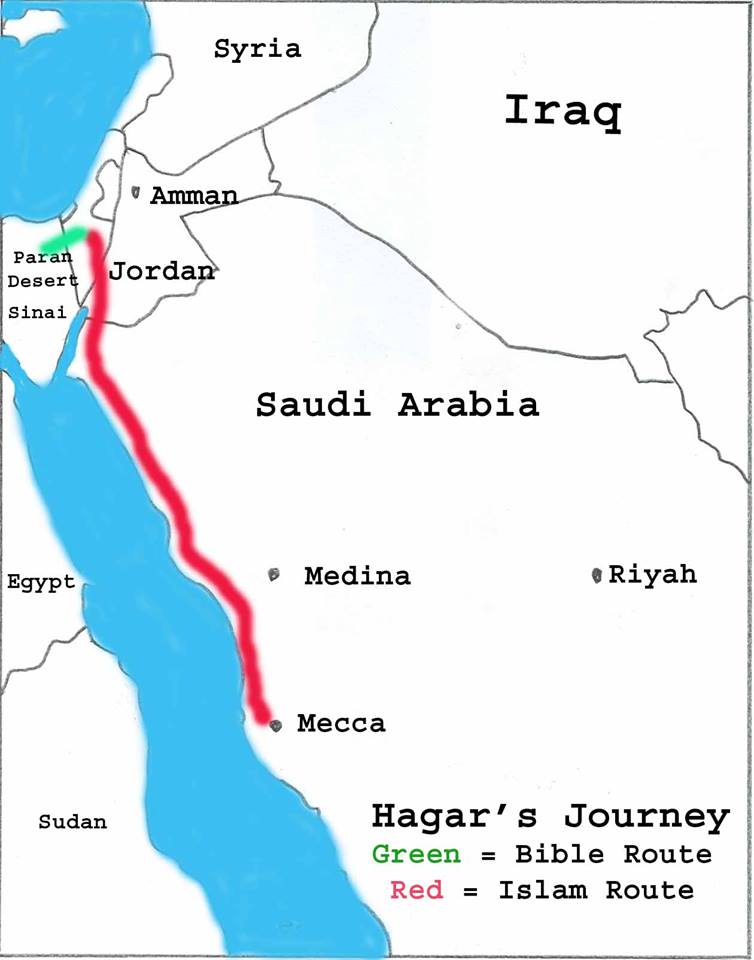 Hagar’s Journey from the Paran Desert in the Sinai to Mecca in Arabia.

Islamic tradition asserts that Abraham took Hagar and Ishmael in Makkah and left them there, while Sarah was in Canaan. Since the Biblical account differs from this Islamic tradition, and since Muslims prefer Islamic resources, we will follow the Islamic path to establish facts and draw our conclusions.

I will provide more traditions and Quranic verses in the following episodes.