Jewish Life in the Land of Canaan, cont’d

Period of the Patriarchs and Migration to Egypt

Jewish history began about 4000 years ago, in the 17th century BCE, with the Patriarchs (Chiefs of the family) Abraham, his son Isaac, and his son (Abraham’s grandson) Jacob. Islamic traditions, as previously established, witness that Abraham left Isaac in Canaan, took Ishmael to Makkah and left him there, and returned to Canaan to rejoin Isaac. This proves that the descendants of Isaac lived and grew in Canaan. Otherwise, the Qur’an or Islamic traditions would have pointed out this discrepancy if there had been any other location or other circumstances involving Isaac, Jacob, and their descendants.

Please donate to
Israel The Legitimate State Thank youIt is not only Islamic traditions and the Bible that affirm the history of Abraham, Isaac, and Jacob dwelling in Canaan and establishing it as their inheritance for the nation of Israel. Documents have been revealed in Mesopotamia that date back to the era of 2000-1500 BCE. These documents endorse aspects of their nomadic way of life as described in the Bible.

Isaac gave birth to Jacob. God gave the title, Israel, to Jacob after he fought with the angel of God and withstood him. Later, Jacob had 12 sons, each of whom became the a father of one of the 12 tribes of Israel. Levi, for example, became the tribe from which the priests of Israel were appointed. Up until the time of Jesus, every Jew that existed was able to trace their ancestry back to Adam.

During a drought in Canaan, Jacob, his sons, and their families migrated to Goshen, which bordered Egypt, and settled there. Later, after their descendants numbers increased, they were enslaved by the Egyptians and pressed into forced labor. 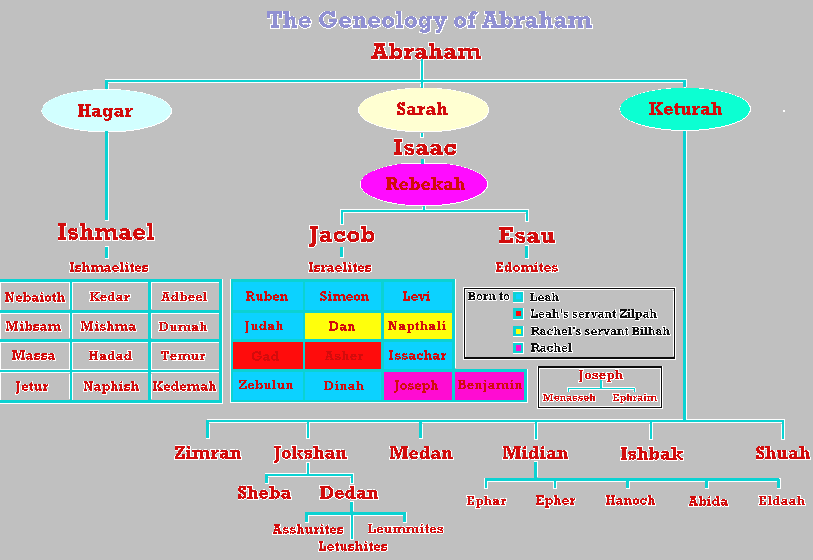