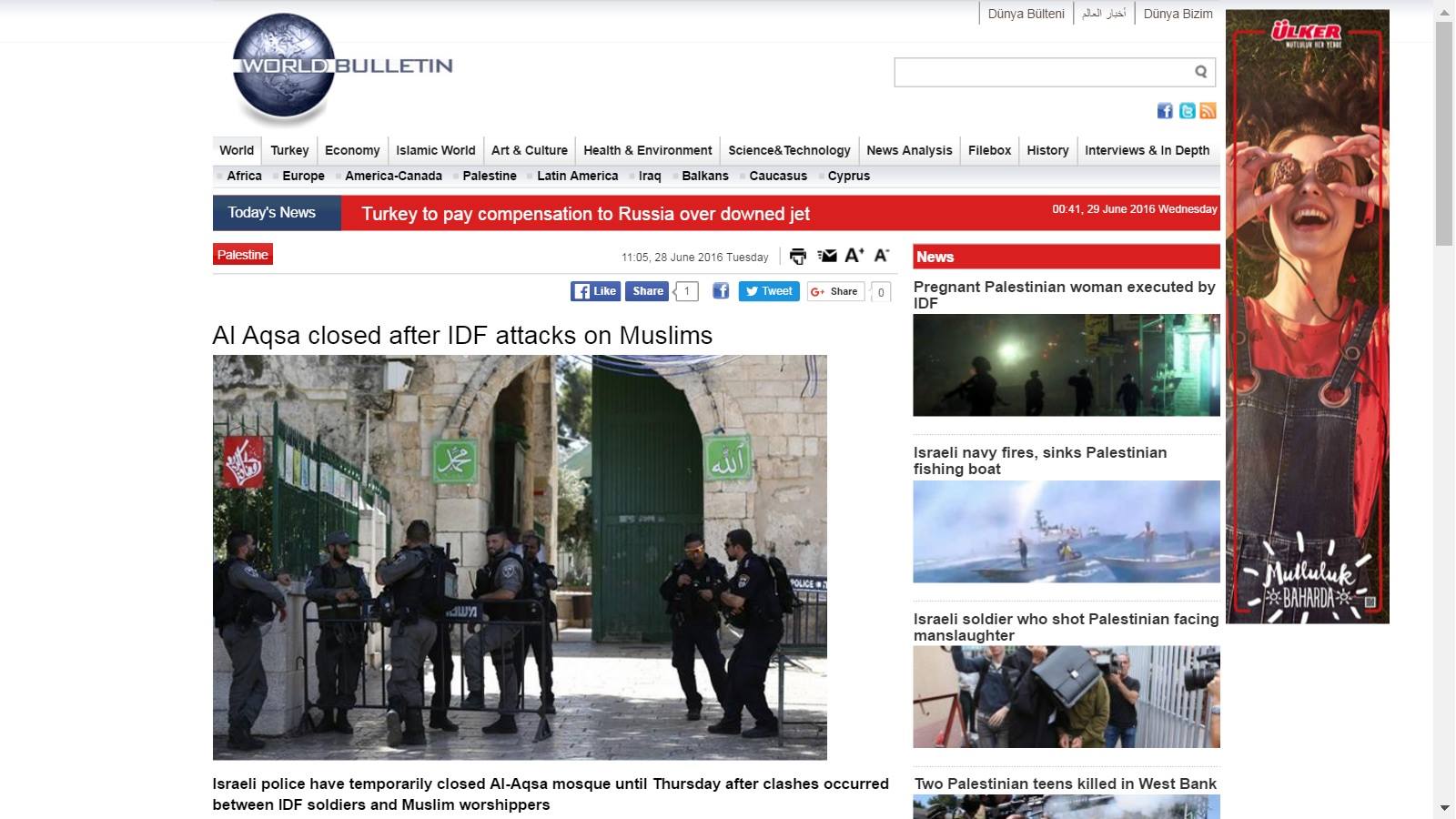 Media Bias against the Jewish StateIsrael has faced the worst Media bias throughout her history. There are thousands of incidents in which Israel is portrayed as a violent and aggressive state. Featured is a screenshot from the Newspaper, World Bulletin, in which their heading claims that Israeli Defense Forces attacked Muslims in the Al Aqsa Mosque.

So, the eyes and minds of everyone who visits their paper will be captured by the headline used. It is not necessary for everyone to read the full story to be misled. However, if anyone does read inside the full story, they will find:

Clashes between Muslims and Israeli police have been taking place every morning since Sunday over Jewish visits to the site, with youths throwing stones and security forces firing tear gas and sponge-tipped bullets.

Prior to visiting hours on Tuesday, a stone hit an elderly Jewish woman in the head at the adjacent Western Wall plaza, police and medics said. She was taken to hospital with light injuries.

My point is that the newspaper did not highlight what happened with the Jewish visitors on the temple Mount. Instead, they highlighted the IDF and claimed they attacked Muslims so that everyone will assume the IDF is an aggressive force.

I, being a Muslim, strictly condemn this Media bias against the Jewish state. These kinds of biases incite Muslim grassroots to violence against Jewish people.

In a similar fashion, Pakistani Newspapers reported the same incident like this:

Israeli Army attacked the Aqsa Mosque and beat Muslims harshly in the month of Ramadan. Many people were seriously injured. Israeli Army has been committing atrocities there since the start of Ramadan.

However, in none of these reports is mentioned the reason Israeli forces resorted to the use of force, like what Muslim actions prompted this IDF response? These anti-Semitic reports always fail to mentioned such causes.